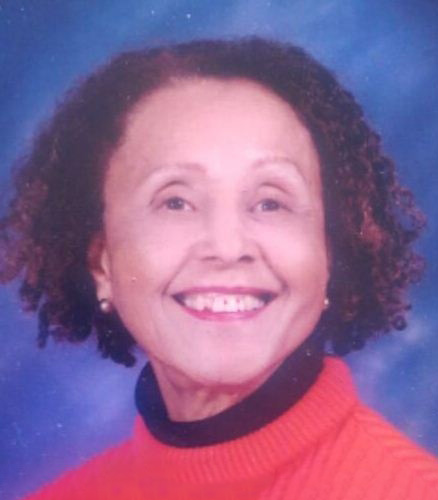 Mother’s Day, celebrated on the second Sunday in May, has also been a date for launching political and feminist causes. In 1968, Coretta Scott King observed Mother’s Day by hosting a march in support of underprivileged women and children. In the 1970s, women’s groups used the holiday as a time to highlight the need for equal rights and access to childcare.

Since Princeton was a Jim Crow town, the African American residents who lived in many areas of the town were relegated to the area now known as the Witherspoon-Jackson Neighborhood and were not welcomed in many establishments and restaurants. As a result, this neighborhood became a “Princeton Community Renaissance”–a self-contained neighborhood sustained grocery stores, restaurants candy stores, ice cream parlors, barber shops and beauty salons.

As African Americans sought the need for essential services not offered to them, there were many entrepreneurs whose businesses also served the entire town of Princeton. One of the many African American women who began their own businesses was Mrs. Doris Burrell who is remembered for her business longevity and services that promoted human rights.

Among the many women who started their own hair grooming and styling services, we remember Mrs. Burrell during this month of May. Doris Barbara Reynolds was born in Perth Amboy, New Jersey. Soon after her birth her family moved to New Brunswick, New Jersey where she grew up as the middle child of five siblings – three sisters and two brothers. Doris lived with her family until early adulthood when she met and married Mr. Frederick Burrell from Princeton. They returned to Mr. Burrell’s hometown and started a family, Sondra, their first daughter and three years later, Fredericka, “Bunny”. After returning to Princeton and starting their family, Mr. and Mrs. Burrell were eager to start their own businesses. This is when Mrs. Doris Burrell’s desired journey began!

During the 1930’s and 1940’s the house at 21 Leigh Avenue was owned by Mr. Irvin Ferrar who owned a grocery store on the premises. With the determination to reside in Princeton and own their businesses they purchased the house at 21 Leigh Avenue where the family made their home on the second floor and the flourishing businesses began! Mr. Burrell owned and operated his florist shop, a business that, for years, successfully supplied businesses, organizations, and events with beautiful floral arrangements.

Mrs. Burrell started, owned, and operated her dream business, Doris Burrell’s Beauty Salon, that later was proudly known on the entrance awning as “Burrell’s Salon”. As her daughter, Khadija Abdul Karim (Bunny) states, “Due to my mother’s strong work ethic, talent, energetic personality and love of people and community, the salon became the defining standard for beauty services.”

Mrs. Burrell served primarily the African American community, far and wide, as well as the many ethnicities who were proud of their hair care and styles! Knowing that a well-groomed hair style warrants a stylish wardrobe, Mrs. Burrell opened her “Impulse Corner”, a boutique that flourished with unique clothing and jewelry. The many women and men who remember her years from the 1940’s until she retired on March 29, 2008, all have fond remembrances of her business savvy, attention to detail, interest in other’s wellness, all while nurturing and loving her family and the fair education of her daughters.

Raising her daughters during the segregated years in Princeton, Mrs. Burrell was a pioneer in seeing that her older daughter would attend a school near her home rather than attend the segregated school in the community where her family lived. To support youth who were college bound, she was one of the founders of the Elizabeth Taylor Burd Fund, an organization that offered academic scholarships to college bound students.

As a faithful member of Witherspoon Street Presbyterian Church, she served on the Deacon Board, on many church committees, was the founding member of the Witherspoon Verse Speaking Choir and started a yoga class at the church. She was concerned that people understand their quality of life by taking care of their physical and mental health. Mrs. Burrell held classes, even home visits, to encourage many in personal and nutritional health.

After Mrs. Burrell retired, her granddaughter, Najwa Abdul Karim Comeau, a noted hair stylist and Makeover consultant, opened her business in the same salon as “Makeovers Studio” She quotes her grandmother’s sentiments, “There’s no such thing as good hair or bad hair, it’s all about healthy hair.” Najwa knew that keeping the integrity of hair care was important to her grandmother, no matter what the texture was.

Najwa grew up learning the valuable fundamental lessons about hair at an early age, lessons that she applies as she grooms and styles hair today. She lovingly states, “My grandmother was a pioneer in many aspects of her life, in business, in health, and in her community. As Mrs. Burrell’s proud granddaughter she replies, “Because of my grandmother’s influence, I greet people warmly and proudly when I say ‘Hello.’”

For those of us who are blessed to have known and respected Mrs. Doris Burrell, we will forever remember her business ethic, her kindness and personal care, her mentoring and guidance to youth and her God-given talents and positive advice that touched us all.

Contributed by Shirley A. Satterfield