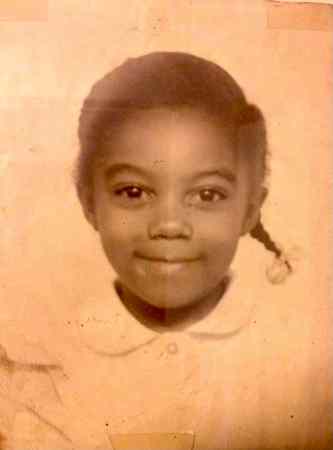 By Shirley A. Satterfield

The Lee family welcomed their youngest child, Minnie Louise, on May 18, 1938. Her parents, Mr. Merzie Lee and Mrs. Odell Lee had previously lived in Hightstown, NJ among migrant workers who travelled from Southern states during the summer months to work on farms in the Hightstown area, Minnie’s sister, Stella, recalls. Shortly after Minnie was born, the family moved to Princeton. They lived on Maclean Street with family members before settling in their home on Witherspoon Street with sons Joseph, Willie and David, and daughters Mamie, Stella, Virginia and toddler, Minnie.

The seven children grew up in a warm, loving home with parents who taught them respect for self and others, honest work ethic, academic success and a faith in God. Minnie’s sister, Stella, remembers that Minnie loved to perform and would often star in school plays during her elementary years at the Witherspoon School for Colored Children.

Mr. and Mrs. Lee brought their children up in the church. The Lee family were the first and lasting members of the Morning Star Church of God in Christ on Birch Avenue. All the children attended church worship services and religious programs for youth. Minnie and her oldest sister, Mamie, continued to serve the church’s community outreach ministry. Minnie’s faithful service spread to the three other neighborhood churches as she gave assistance to bereaved families during the repasts.

In 1956 Minnie graduated from Princeton High School. She entered the world of work as an employee at the Gallup and Robinson Research Company. Her impeccable work ethic promoted her to Research Supervisor, a leadership position that she held for over forty years.

In 1958 she married the love of her life, Eric Craig. Their love centered on their four accomplished children, Miriam, Glenn, Donald and Tracy. Eric was a professional craftsman who was proud of his many woodworking projects and his joy was collecting and teaching about old tools. He and Minnie spent many happy years traveling to upstate New York and Pennsylvania in search for valuable and useful tools.

Almost as much as Eric enjoyed his trips for and collections of old tools, Minnie enjoyed her trips with the Princeton Senior Citizen’s Club to Atlantic City! As Treasurer of the club, she always thought of the wellbeing of others and many of the trips were to raise money for those in need.

Minnie touched hearts of all ages! Before joining the Senior Citizen’s Club, she served with a committee of neighborhood women who gave fundraisers and events to monetarily support the services of the Princeton Nursery School. Then came the service to teens and young adults as she gave years of service as an active member of the Corner House Board.

Mr. Gary DeBlasio, then Executive Director of Corner House, states that Minnie was a member of the first newly created Corner House Board and on the Princeton Alcohol and Drug Alliance. “Through both organizations Minnie was always one of the first to volunteer to help with any activities that served the youth of Princeton. She was usually one of the first to arrive and the last to leave, with a great smile on her face to greet all who participated.” Minnie’s utmost concerns for the youth of Princeton were for their need for healthy activities and for places to feel safe – this was one of the reasons why she was so passionate about the work of Corner House.

When Minnie felt that parents and grandparents needed to know more about what was happening in the community regarding youth issues, she would even advise Mr. DeBlasio, “Gary, the parents need to hear your message, be firm in letting them know what they need to do!”  Suggestions such as this were one of the reasons why he misses Minnie’s smile, her encouraging words and her absolute belief in doing what is best for the teens and families in Princeton. “Minnie was a friend to me personally throughout my tenure in Princeton for 21 years, she was and always will be a gentle, quiet hero to me!”

Minnie Craig was a beloved daughter, wife, mother, grandmother, great grandmother, friend, community hero and a child of God. Her younger daughter, Tracy, lovingly states, “My siblings and I are so blessed to have such an incredible mother. When she wasn’t focused on her family, she was out and about doing things for others in the community. Cooking and baking for us and others were one of mom’s favorite things to do. Mom was on several boards in Princeton and loved going to meetings associated with them. She absolutely adored her grandchildren and great grandchildren! To say that we will all miss her terribly is simply an understatement. Though we are all tremendously sad, we do find comfort in knowing that our mother, father and brother are reunited in heaven.”