The Hourglass of Time

The renowned historian, scholar and professor Henry Louis Gates, Jr., the Alphonse Fletcher University Professor and Director of the Hutchins Center for African and African American Research at Harvard University recently stated in his newly published book “The Black Church” that “No pillar of the African American community has been more central to its history, identity and social justice vision than “The Black Church.”

These words certainly ring true relative to the 190-year history of Christian service and civic engagement of the Mount Pisgah African Methodist Episcopal Church of Princeton. This congregation bears the proud distinction of being the oldest established black congregation in our town within the beloved Witherspoon-Jackson Neighborhood community.

The African Methodist Episcopal denomination of which Mount Pisgah is a part has the unique distinction of being the first independent African American church and major religious denomination in the Western World that had its origin over sociological differences. Those early founders and members began meeting at a blacksmith’s shop under the banner of what was named The Free African Society. The FAS became the catalyst for the denomination’s genesis.  Richard Allen, the first bishop of the AME Church, and Absalom Jones, the first African American ordained a priest in the Episcopal Church, established the FAS in 1787 in response to the racism directed against blacks wanting to worship in the white Methodist church. The AME church was later formally incorporated as an official denomination in 1816.

Mount Pisgah was organized in 1832 by Rev. Samson Peters, a local circuit pastor from Trenton, who in 1811 was one of the instrumental founders of the historic Greater Mount Zion AME church, which is the oldest organized black church in the city of Trenton. The Princeton congregation began worshipping in a small frame schoolhouse near the existing edifice, which was completed in 1860. 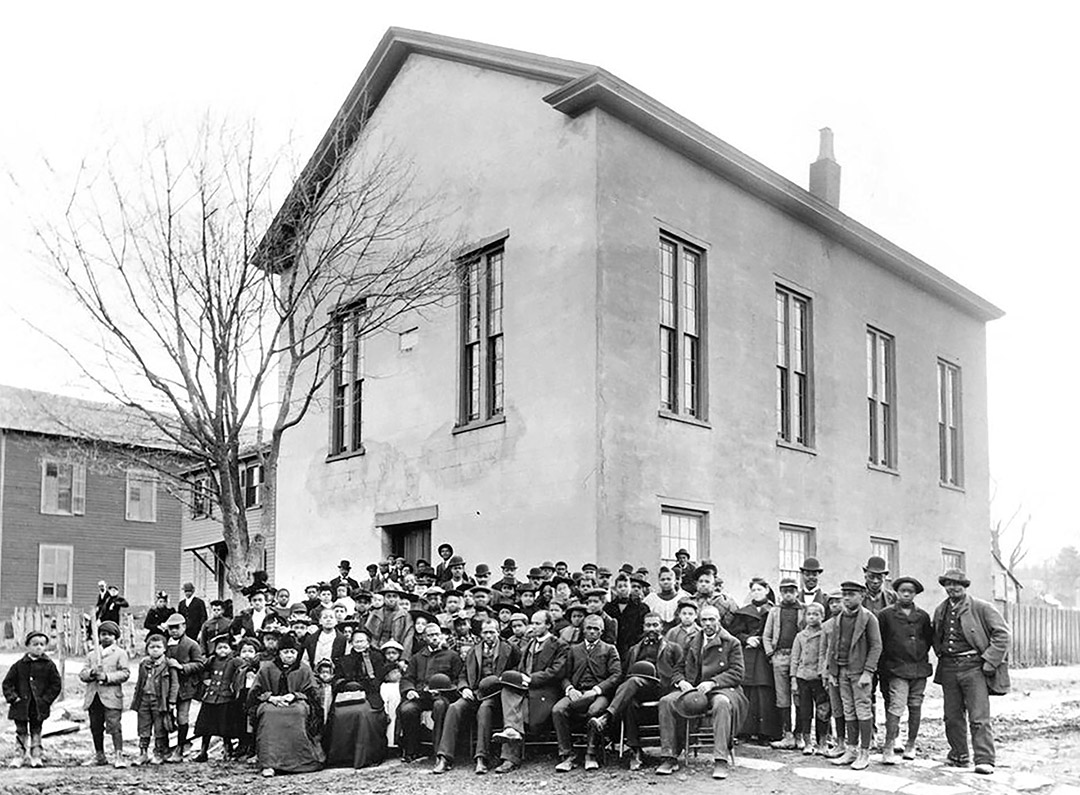 It is a widely known fact that many of the earlier leaders in the AME church were in the forefront of civil rights and social justice issues commensurate with their respective time. In 1894, one pastor who served Mount Pisgah became one of the first lawyers of color admitted to the New Jersey Bar. According to Mount Pisgah’s illustrious history, several pastors who served the church later became bishops, a general officer and presiding elders within the denomination. The congregation also had several significant community minded members including Albert E. Hinds, current councilman Leighton Newlin and local Educators including the late Helen Geary (elementary school teacher), Elizabeth Bates (Former Trenton HS principal), and Frances Craig.

Throughout the years Mount Pisgah Church has played a significant role in the spiritual and social development of the community of Princeton. Under the leadership of Rev. J.W. Johnson, the church became actively involved in local civil rights issues and the NAACP in Princeton flourished. For many years the church was designated as a local voting site. In 1975 it became a site for the Mercer County Nutrition Program for the seniors, which was a space in which members of the community could come every day for a nutritious meal and social engagement.  It was a partnership that lasted for over 30 years.

According to Rev. Dr. Deborah Blanks, (former associate dean of religious life and the chapel at Princeton University) who was appointed to serve the congregation in 2019, “Mount Pisgah continues to be a beacon of light and hope within the greater Princeton community.” Most recently, in response to an emergent need, it served as a host site for the Mr. Rogers’ Neighbors Kindness Project during the height of the COVID-19 pandemic as well as a vaccine site for COVID immunizations.

As congregants reflect upon 190 church years of Christian service, they celebrate a long and distinguished history having faced in recent years the inevitable trials of life with tremendous courage. In 2016, the ceiling area in the balcony of the main sanctuary collapsed and the edifice suffered significant structural damage. Currently, Dr. Blanks and the Mount Pisgah Church family are working diligently to restore the building and have the support of diverse faith partners and community leaders. Mount Pisgah AME Church is notably the oldest established African American church in Princeton with an extraordinary past and an incredible future. This historic church is located not too far away from its original site and continues to serve the present age with a resplendent joy rooted in hope and grounded in faith.

On Sunday September 25th, Mount Pisgah will be celebrating their annual homecoming service. This annual celebration is significant celebration in the life of the congregation. It’s a time where friends and family members from near and far gather for the 10:00 AM worship service. Homecoming Sunday is filled with good music, great fellowship, reflections, and an inspiring sermon preached by a guest pastor.

Our homecoming preacher is the Reverend John Mack, ordained in the Baptist church. He is a Princeton alumnus, was a track star scholar, married a Princetonian who was one of my student leaders. He’s a lawyer by training and his spouse is a doctor. Last September, he was hired as a Director of Athletics for Princeton University.

The Witherspoon-Jackson Historical and Cultural Society is encouraging one and all to consider attending this important celebration and perhaps sharing a financial donation to help the congregation in ongoing efforts to reach their goal. For more information, please contact Mount Pisgah AME Church, 170 Witherspoon Street, Princeton, New Jersey 08542. The memo should note “Building Fund.” All donations are tax deductible.

Previous Article: Progressing Past History →
← Next Article: The Hourglass of Time